New version of Kingsburg14 Marzo 2016Next 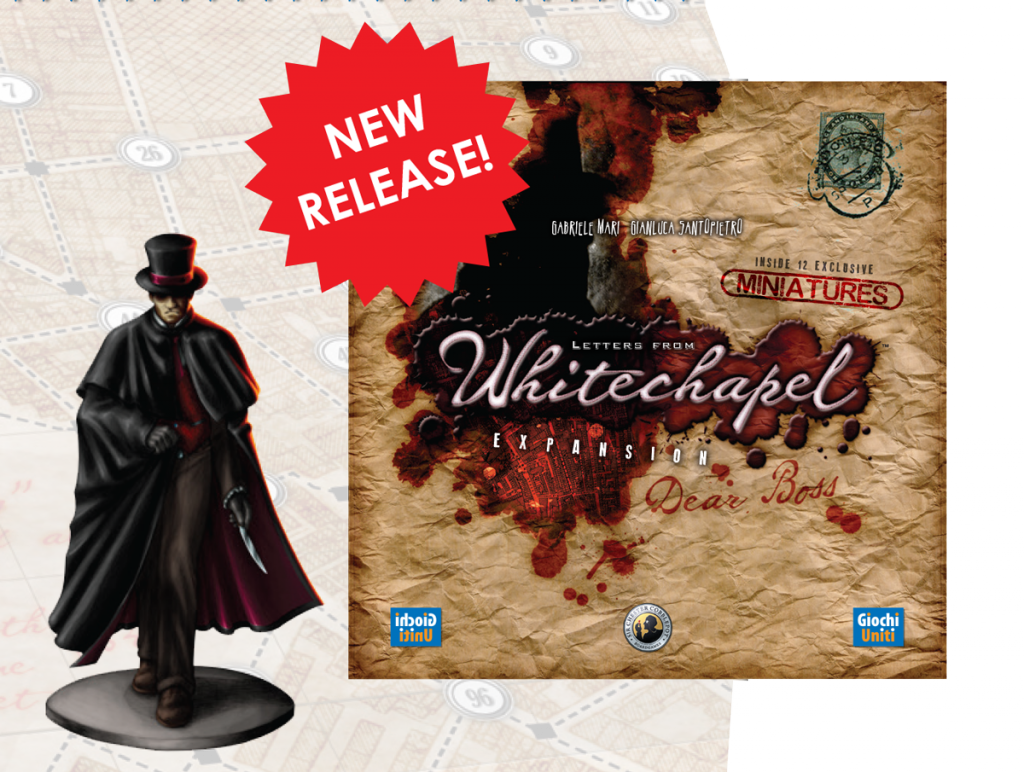 Dear Boss is the first expansion pack for the board game Letters from Whitechapel. This new expansion pack allows players to immerse themselves even more deeply in the game’s evocative atmosphere and its characters’ personalities.

On Thursday, 27 September 1888, the Central New Agency press agency in London received a letter containing many macabre details; it was signed “Jack the Ripper”. The letter, which was sent to Scotland Yard two days later, finally allowed a name to be associated with the horrors of Whitechapel.

Are you ready to complete new challenges alongside Jack and the investigators?