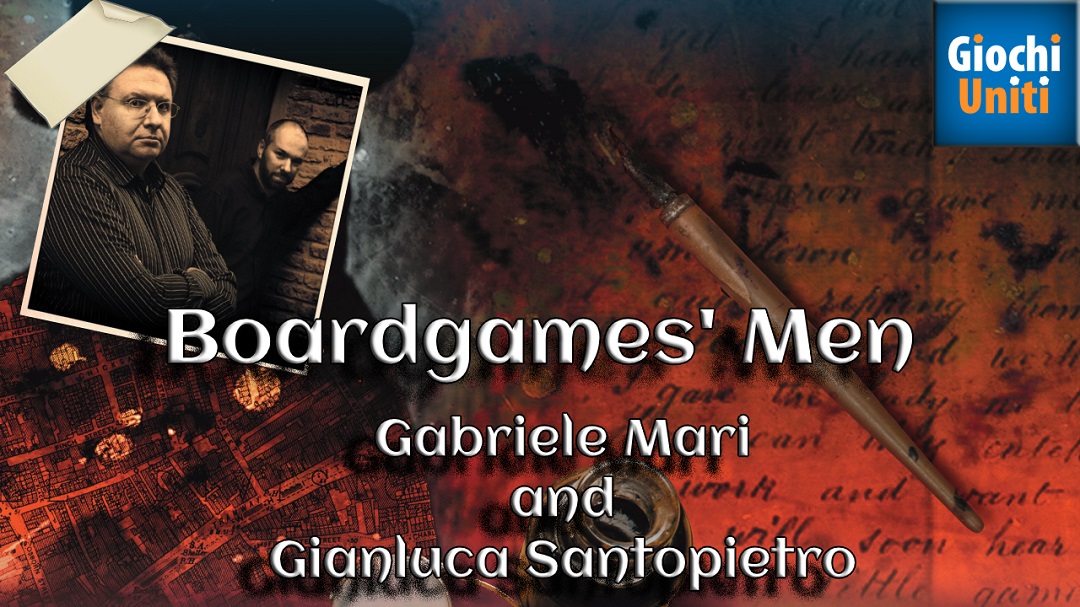 Letters from Whitechapel has soon become a best-selling game. One player is Jack the Ripper and the others are investigators that must arrest him!

But enough small talk, let’s dive into our interview!

How was Sir Chester Cobblepot born and when did you start collaborating?

Gianluca: It’s all Gabriele’s “fault”! In 2007 he proposed his first game Garibaldi la Trafila™ which caught the attention of the board game industry. He was later contacted to design the second chapter of the famous Scotland Yard™. It was unbelievable. We involved all the people from La Ludoteca™ [The Game Room e.d.] in Ravenna in the development of that game.

Then we start thinking big and we start developing Letters from Whitechapel. Sir Chester Cobblepot noticed our passion to deepen the historical background with scrupulousness and accuracy and proposed us to find a publishing house for Letters From Whitechapel. Then we got in contact with Giochi Uniti and the rest is history.

When did you have your first idea of Letters From Whitechapel?

Gabriele: It’s all Gianluca’s fault! During a car ride, returning from the Essen exhibition, we got the idea of a third chasing game. We thought of it as the third chapter of a trilogy that began with Garibaldi and Mister X but with Jack the Ripper as the main character. Gianluca insisted with vehemence on this first idea, although we had just seen other games featuring the killer from London.

The best part of the idea was to differentiate the path of the investigators from Jack the Ripper’s one, so they would move at different speeds on the map. Later we started a full immersion in the historical background which gave us a lot of ideas. It was engaging, exciting and funny. We presented the game as“Funny Little Games in Whitechapel”, quoting Jack’s phrase in one of his letters. However, Giochi Uniti was not fully convinced and we proposed a list of alternative titles, including Letters From Whitechapel. As you well know it was chosen and…it has worked!

How was the prototype of Letters From Whitechapel?

Gianluca: Not different from the definitive version. Gabriele’s historical research was so punctual that we just refined minor features. The map used to be a bit larger: during the playtesting many blocks have been removed, the crossings and numbered circles changed position endless times. The massive playtesting and the developing adjustments contributed to the quality of the game

Which strategies do you suggest to Jack’s players?

Gabriele: it is crucial to be an experienced player to impersonate this lone role. You should never be arrogant and take unnecessary risks. An unforeseen event can happen anytime,  you need to have a plan b to remain in control. Jack should be played like a role game. Pretending to be in control can undermine opponents’ certainties and put you in the right position to take advantage of their missteps and weaknesses.

And what about investigators’ strategies?

Gianluca: Cooperation, instinct and creativity. The investigators have to play as a team, thinking one step ahead of Jack who always moves first. They should be patient: during the first two nights they should focus on the clues found along the way. The turning point is usually in the last two nights when it is time to make an unexpected move.

One last question for you, which was the most thrilling game session you have ever played?

Letters from Whitechapel highlights players’ characteristics and each game is a chapter on its own: I can’t pick up one game. If you play frequently, you should consider Dear Boss, the expansion that introduces new rules to modify the balance between the investigators and Jack. It will make your game experience even more varied!

Well, everything comes to an end! Thank you Gabriele and Gianluca for your time and Letters From Whitechapel! 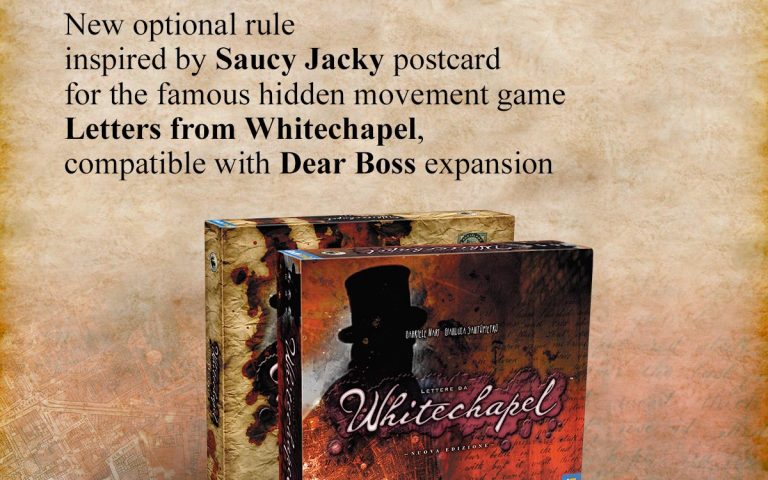 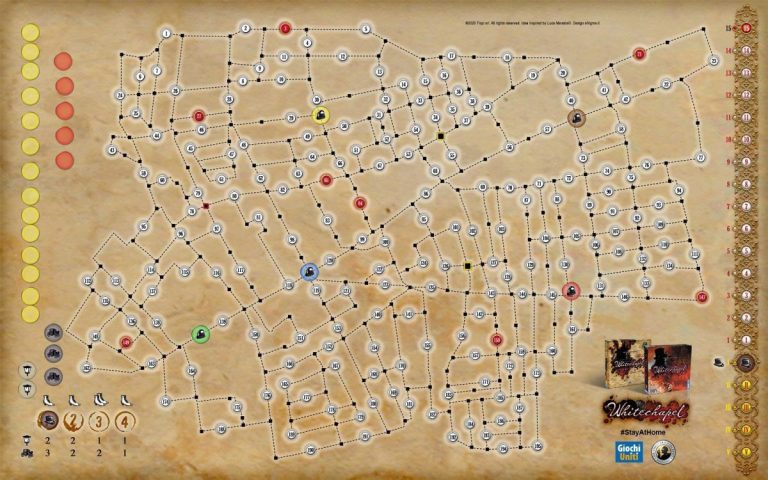