How to play Bar Barians

Giochi Uniti International to be distributed by Asmodee USA02 Luglio 2020Next

How to play Bar Barians 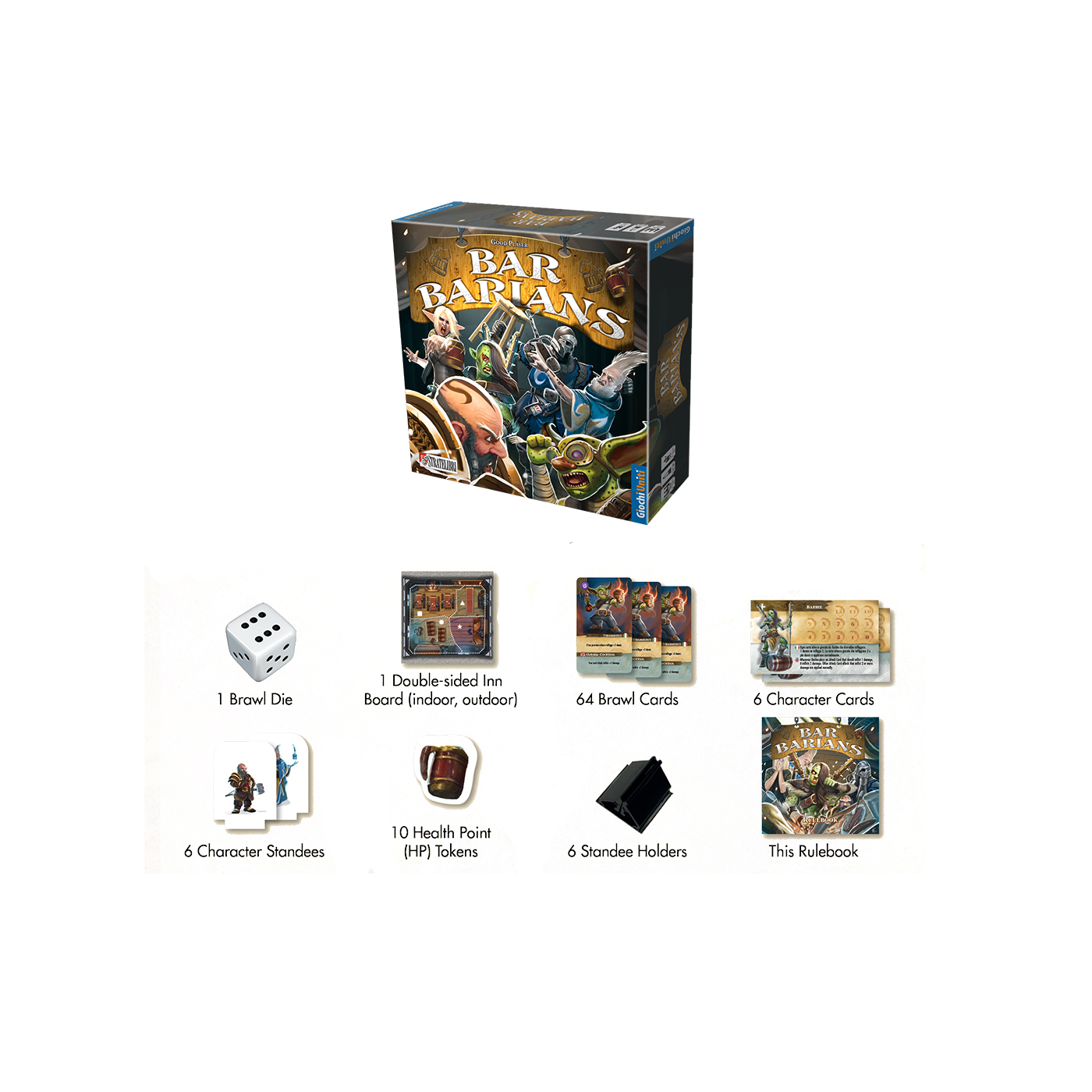 How to play Bar Barians, a fighting boardgame on toddling and drunk barbarians in a fantasy tavern.

A light card game where your main goal is to knock out opponents with absolutely no mercy and reason at all! Bar Barians give you the chance to pick up a fight against your closest opponents, always assuming you are enough sober to hit them!

How to Play Bar Barians Boardgame 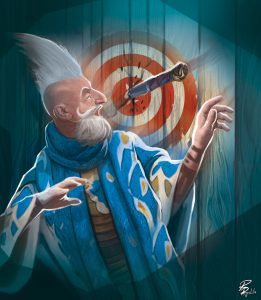 Bar Barians is a boardgame that allows you to play from 2 to 6 players, but only one can be declared the ultimate brawler! Players draw five cards each initially and they can perform up to three of the following actions:

They can perform the same action multiple times. Cards are your means to attack opponents! Each card describes its effect and condition, but beware that opponents could play defensive cards to vanish your attack.

Even if your opponents do not have any defensive card, you can’t be 100% sure of hitting them as you have been drinking far too much. Therefore you always need to test your attack with the brawl die. Failing on such die means not only the ineffectiveness of your attack but self-inflicted damage as well!

Then there some cards that make you more powerful, others that trigger an important event and last but not least cards that perform an attack which cannot be blocked!

Always assuming you will be able to not punch yourself!

If you want to add a bit of asymmetry, Bar Barians’ characters have a double-faced card. On one side the game will provide you with a unique ability to claim your victory!

In the shoes of Grappin, the goblin, you will be able to preserve better the drink cards that make you stronger, whilst Barbie, the fierce ogress, has no way to inflict you ONLY one damage! 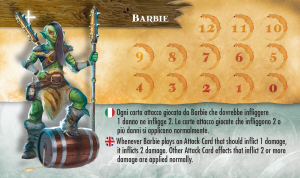 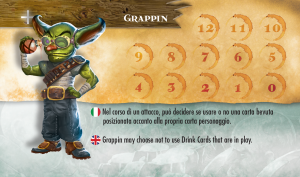 Then if you love a defensive mindset, Brewen the dwarf is your character! No one will be able to inflict you more than 3 damage per turn. A huge bonus in the last rounds! 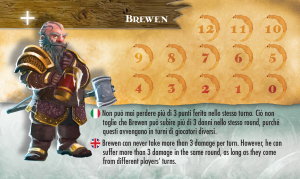 Winy is an agile elf who allows you to spare precious action to attack opponents and then retreat! 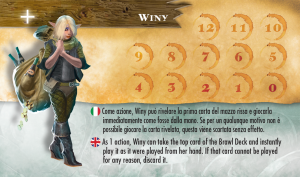 Whiskus on the other side can use defense cards to draw more cards, making him a difficult target to attack. 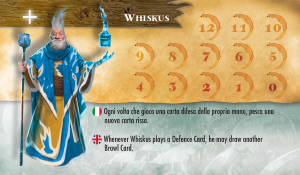 Last but not least the raging barbarian Liquor who deals critical damage on a score of five instead of six, to maximize your chance of knocking down your opponents. Brute Strength! 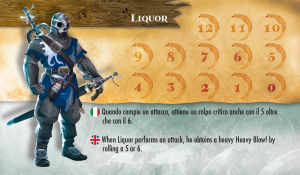 Bar Barians Boardgame is your best choice if… 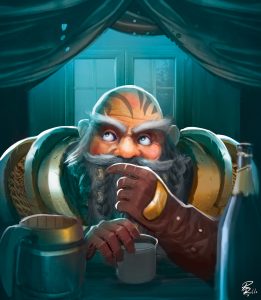 If you are looking to a light distraction with a competitive yet joyful mood, Bar Barians is your ideal fit! In a very short amount of time you will eliminate your opponents in an exciting sequence of events. You won’t need much more than a minute to explain the game. Even before realizing you will be in the middle of a fantasy brawl with your unique character!