Giochi Uniti and Paizo to release Pathfinder Arena22 Ottobre 2020Next 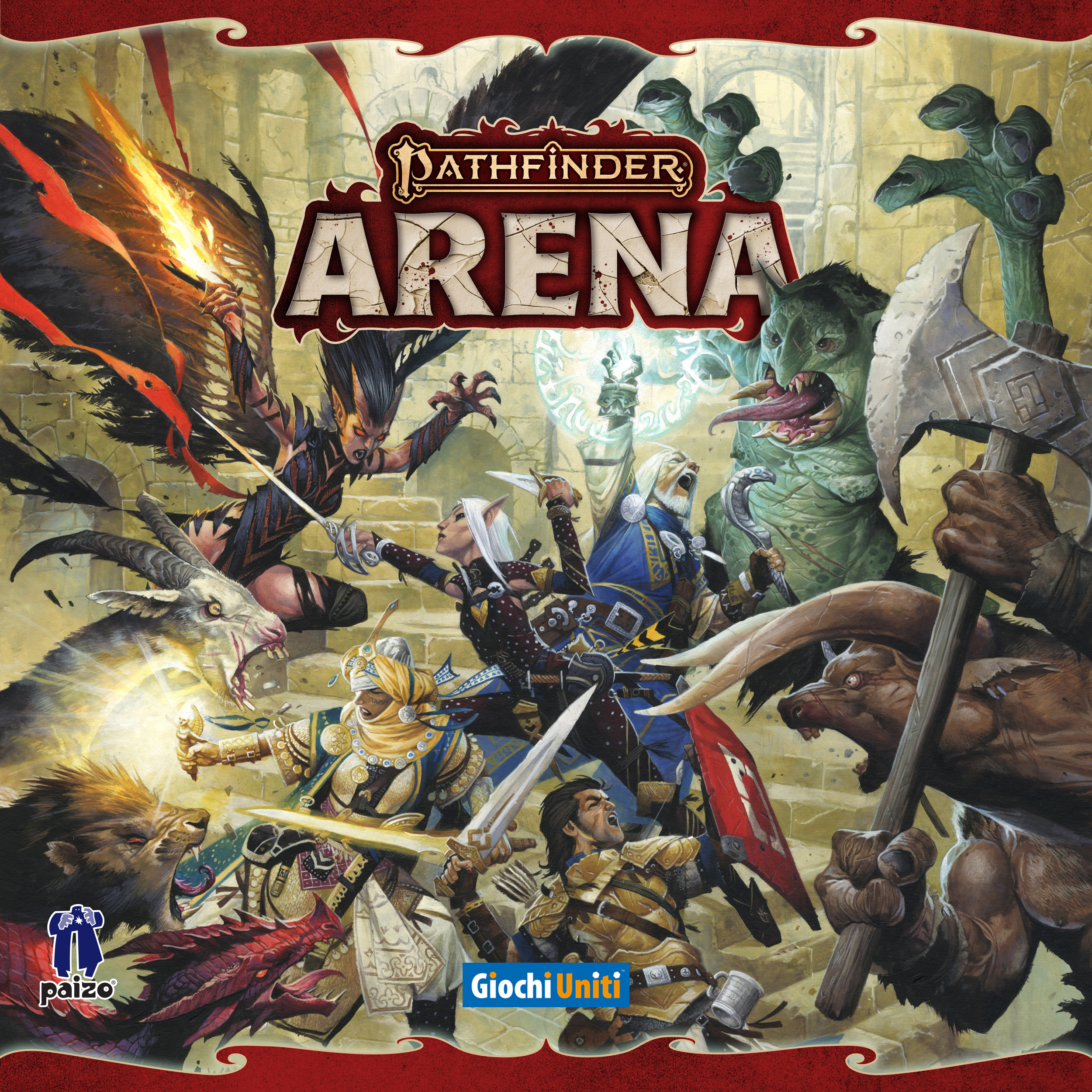 Heroes! The most recent update on Pathfinder Arena brings plenty of exciting news!

Our logo underwent some changes and we are proud to release the definitive version along with the highly anticipated cover created by Wayne Reynolds. Our four iconic heroes of the core set battles in the Arena! Only one will get out though…

In the past months we have completed all the sculptures of the eighteen miniatures of the core set: four iconic heroes plus fourteen monsters.  Take a look at the entire core set! 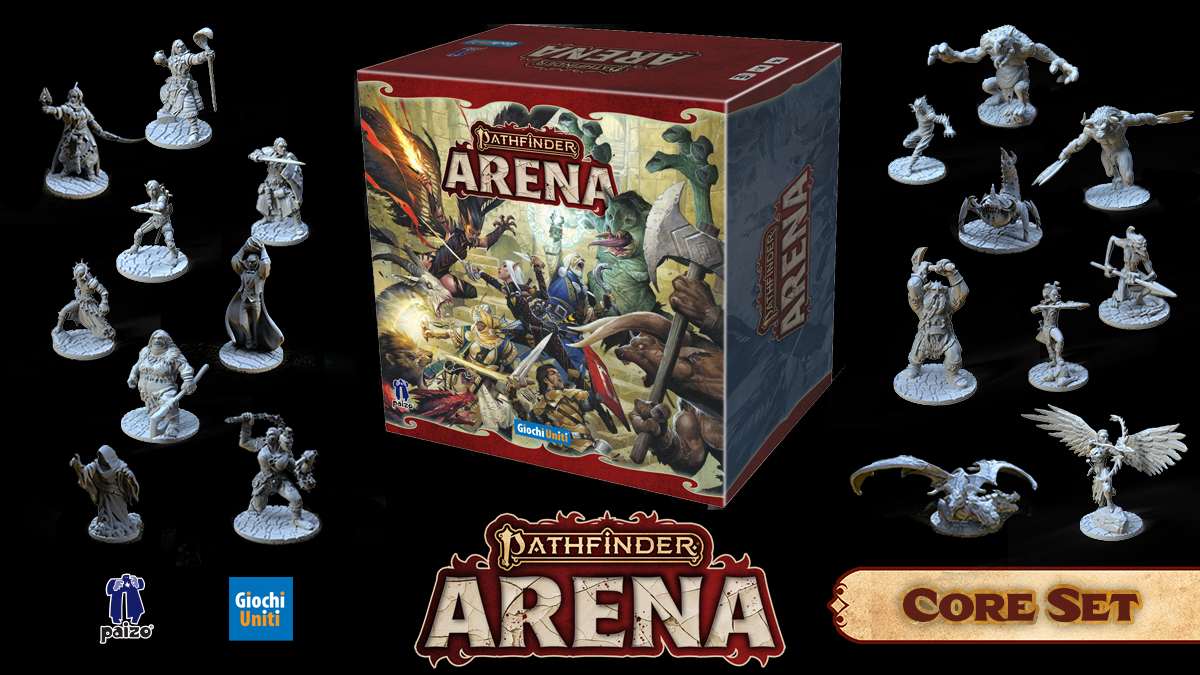 We are still missing many pieces: tiles, tokens, cards are all work in process and we will soon release them!
Last month we have issued a survey on which iconic heroes should we include in the first expansion box available in the crowdfunding campaign of Pathfinder Arena.
Out of the remaining eight iconic heroes, Seoni and Fumbus were the most voted, closely followed by Amiri. The heroes’ expansion box will then include Seoni and Fumbus, but we are planning something special for Amiri too, stay tuned!

As announced, we have issued another survey, this time on the monsters! You have the unique opportunity to influence the future components of the campaign!
Pathfinder Arena divides monsters in four tiers, one per each round of the game. The higher the round, the stronger the monsters.

The range of monsters eligible for the survey are:

The most voted monster of each tier will be included in the expansion pack.

Join the Facebook group to vote for your favorite monsters. We will add them in the future campaign!

Every month you will find a new article on Pathfinder Arena to keep you update on the project. We are going to have a final survey next month on our stunning prize for Day 1 backers…

The crowdfunding date is yet to be determined, as well as the platform hosting it. Subscribe to the Pathfinder Arena webpage to be updated on this project and be notified of the crowdfunding campaign.

Vote now!
Vote for your monster!
Join the official group