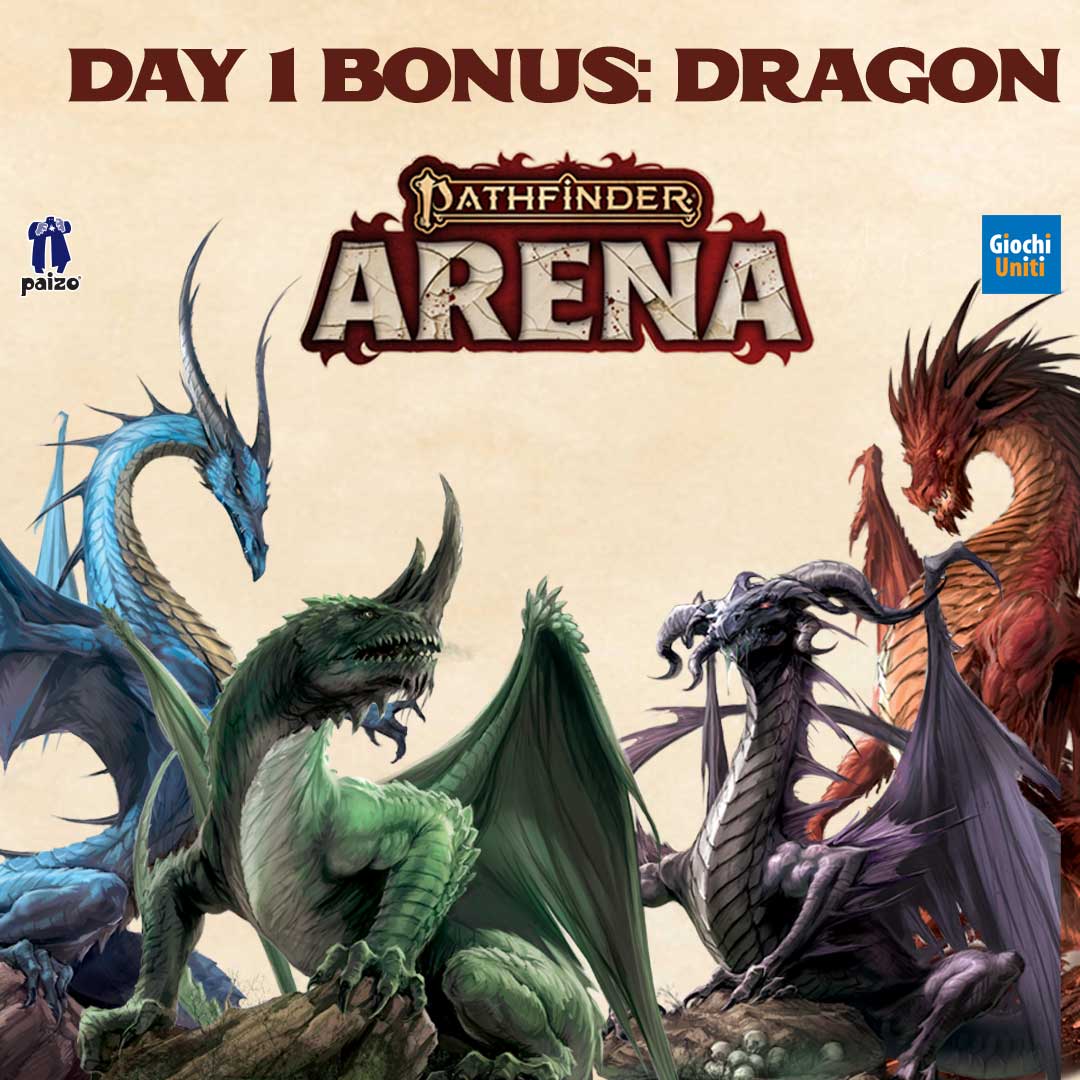 This update brings exciting news for our future backers. We have already run two surveys on the components of the two expansions of Pathfinder Arena revealed so far (heroes’ and monsters’ pack) and now the last one is online,

The day1 Bonus of the crowdfunding campaign will be a Dragon. This amazing miniature will be free for day1 backers and it is up to you to choose which one!

The core set monsters’ cards and profiles are also finally revealed: they are visible on the official page of the project. We are preparing a first video to introduce both the monsters’ cards and heroes’ board to start digging into Pathfinder Arena gameplay.