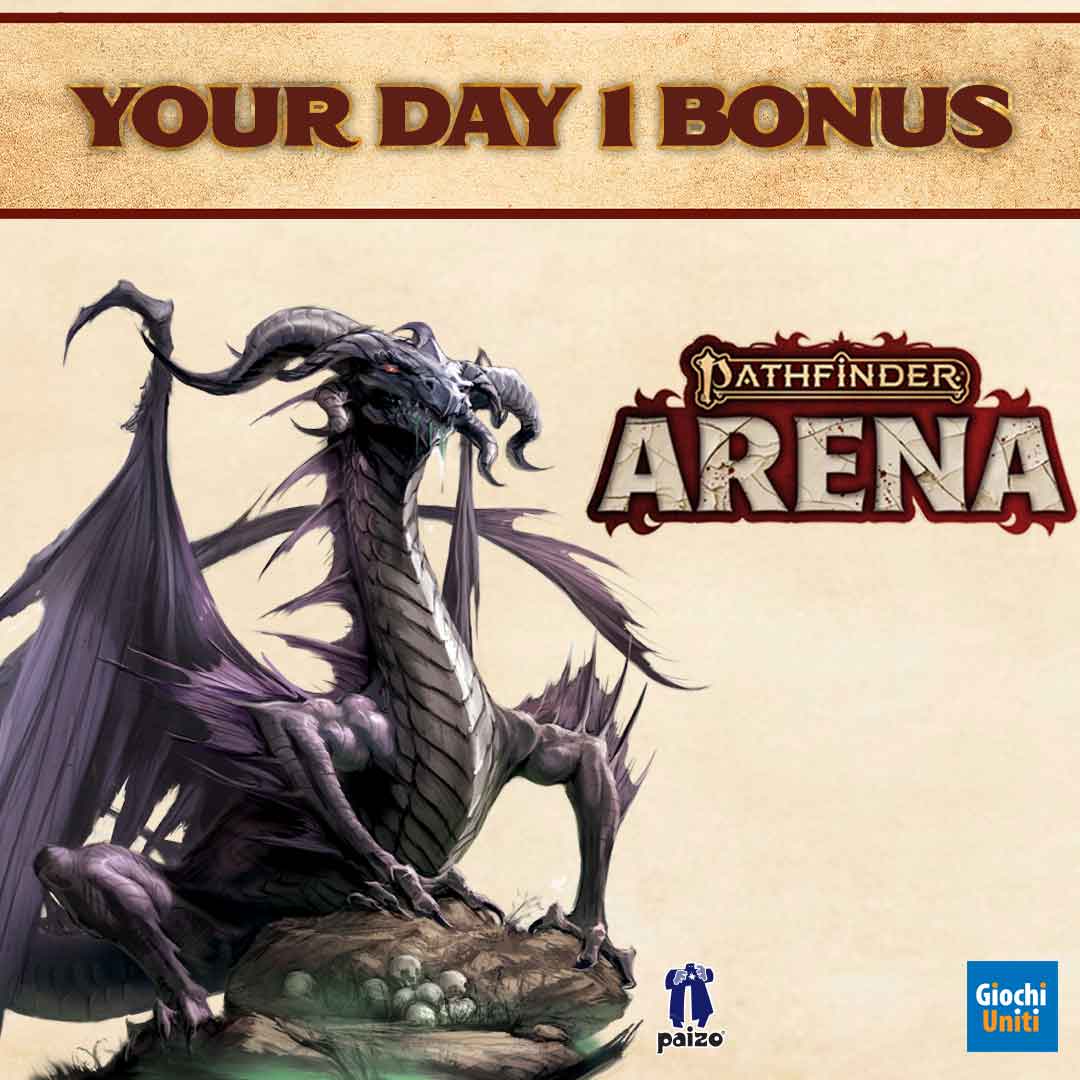 The community has chosen the Black Dragon as the day1 bonus of the future crowdfunding campaign.

Out of the four dragons (red, black, blue and green), the black one won a close contest against the red one. We are now working on creating a stunning miniature of this iconic monster and its powerful profile for the Arena!

The Black Dragon will be free exclusively for the day1 backers of the crowdfunding campaign. The campaign has not yet an official date, although it will take place most probably around Q4 of 2021.

The heroes’ boards of the core set have been also revealed, let’s dig into them! 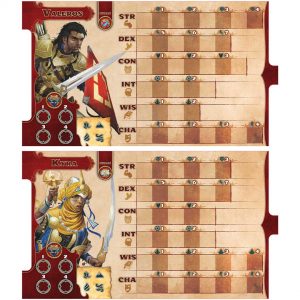 Each hero has six abilities on its board that can be boost during the game: Strenght, Dexterity, Constitution, Intelligence, Wisdom and Charisma.  Each of them impacts a facet of the game and they provide a modifier every time they get increased by 2. They are also necessary to activate cards’ effects. Each of them has two icons: one represents the ability, the other the modifier you get.
Let’s proceed in an orderly fashion:

Having that said, the four heroes of the core set have very different strategies to become Arena’s champion.

Valeros is a proud warrior who can deal huge damages to monsters in close combats to gain victory points. He also has access to a strong number of modifiers for dexterity and constitution, both essential to deal with monsters. His deck features strong abilities to resist monsters’ attacks and mighty weapons to destroy them. He is the ideal character for whoever wants a monster’s hunting game.

Kyra can excel in wisdom, making her invulnerable to many monsters’ abilities that can be extremely dangerous otherwise. Her deck features both spells and powerful weapons, so she has access to a variety of strategies to win in the Arena. 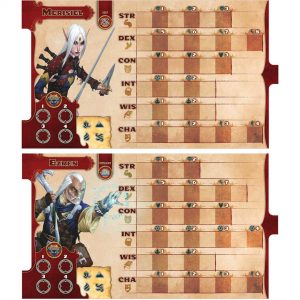 Merisiel pushes your ability to move throughout the map to the extreme. Not only she has the possibility to reach the highest level of dexterity, but her deck gives even more possibilities. She will move faster than anyone and she can be deadly from range.

If you do not like close combats and want to be the most unpredictable player in the game, Ezren is your choice. Weapons may have little use for him, but he has access to the deadliest spells of the game, plus many that makes him very mobile: e.g. he can pass through walls!

These are the four boards of the core set heroes! We will soon upload an article on their cards too, stay tuned!

Join our Facebook group or subscribe to our newsletter on the official page of the project to be updated on Pathfinder Arena!