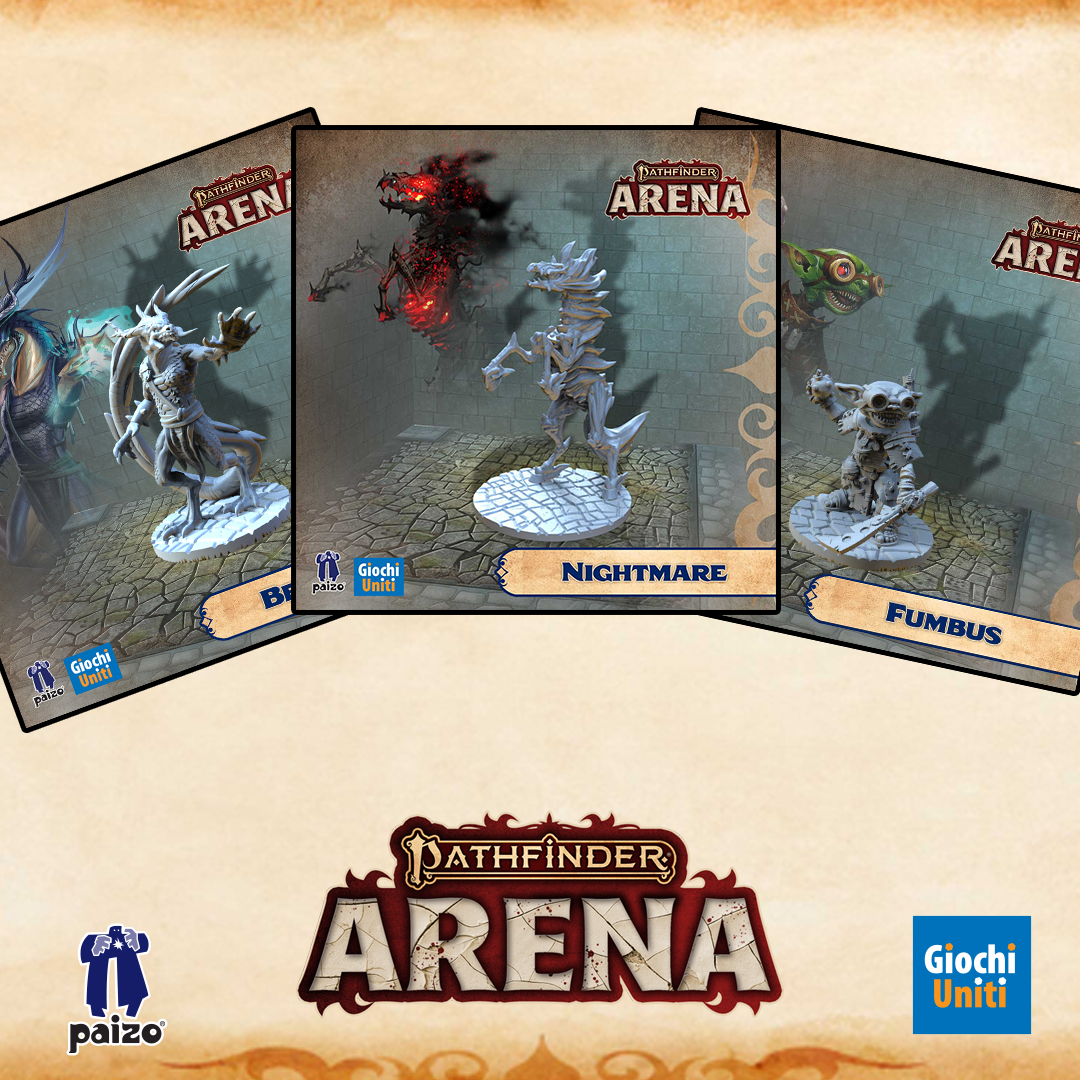 The first draft of the rulebook of Pathfinder Arena is out! Along with a massive update on the entire project revealing lots of news on the expansions.

All the miniatures will be compatible with the main series of miniatures dedicated to Pathfinder.

You will have the chance to expand your experience of Pathfinder Arena well beyond the core set! As mentioned in our previous updates, we have run two surveys to let the community decide which heroes and monsters should be included in the expansions. As a result, the heroes‘ expansion features Fumbus and Seoni, whilst the monsters’ one includes the Goblin Pyro, the Gargoyle, the Nightmare and the Mummy Pharaoh.

We also have another great news for PaizoCon: we have prepared a third expansion fully dedicated to the Age of Ashes Adventure! It features Belmazog, a Charau-ka, the Dragonshard, Nketiah and the Skeletal Hellknight!

Pathfinder Arena will come to life thanks to a crowdfunding campaign that will kick off most probably around October/November 2021. The platform hosting the campaign is yet to be determined, but it will surely be one of the best known.

What we do know is your day 1 bonus: a magnificent miniature of a Black Dragon! It will be free only for our day1 backers so be sure to subscribe to our official page or join our Facebook group to know the official date of the start of the crowdfunding campaign and see all the above-mentioned miniatures and components.

You can join us for a session of questions and answers on our channel Pathfinder Arena in the PaizoConDiscord on the 28th of May at 2:00 PM Pacific Time on stage b

Watch the full update on our youtube channel: https://youtu.be/qF2c9iHZZdo