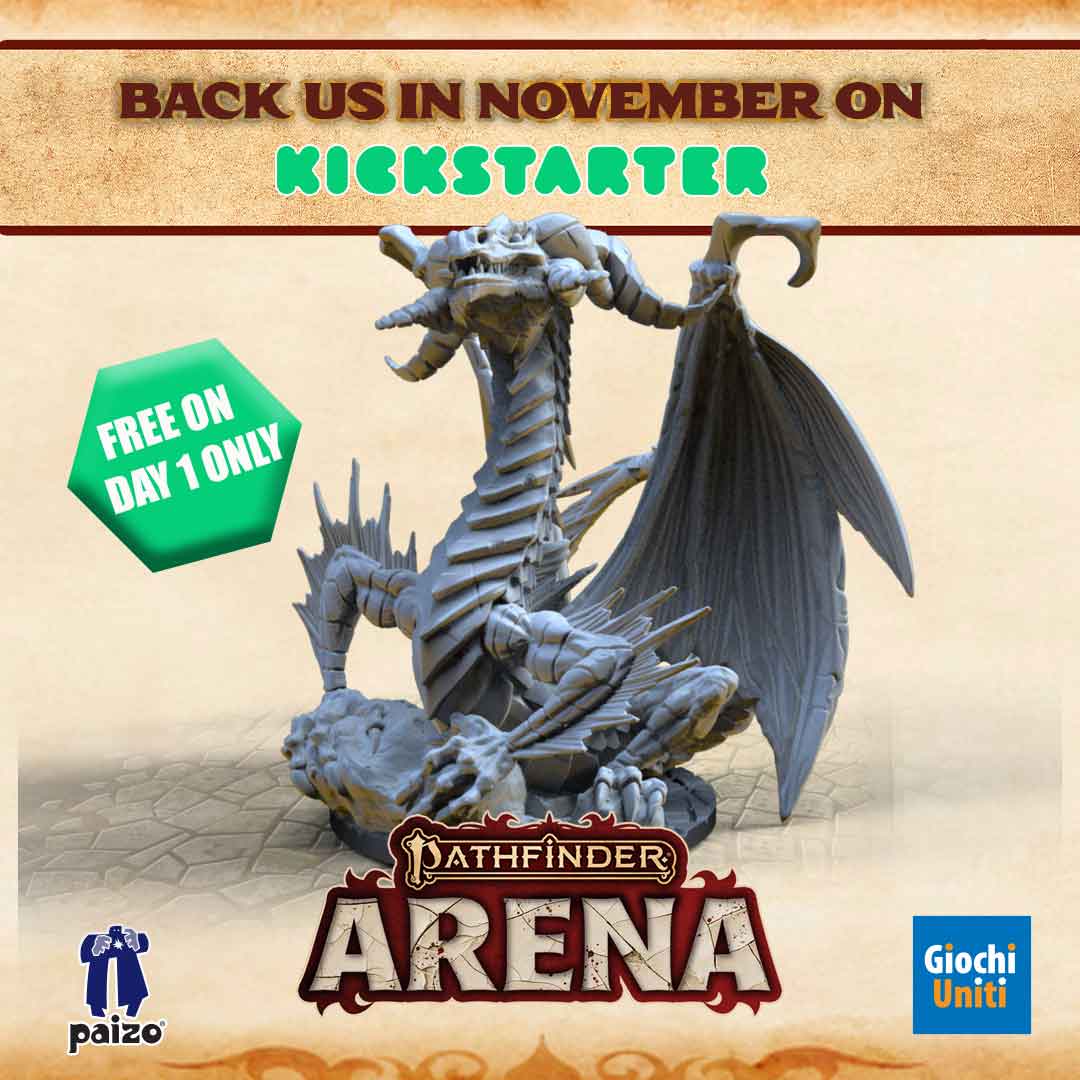 Pathfinder Arena crowdfunding campaign will take place on Kickstarter at the end of November. You can follow already the official page of the project to get notified on the launch!

Pathfinder Arena is the first competitive board game (2-4 players) set in the Pathfinder roleplaying game’s fantasy fiction Age of Lost Omens setting. Up to four iconic heroes will compete in a challenge posed by an entity called “Arena” to select one champion. The game is divided in four rounds, each featuring more and stronger monsters, summoned to challenge the heroes. Although heroes cannot directly attack each other, they can use monsters to do so. While monsters never leave their initial tile, players can push the tiles of the board orthogonally to reach inaccessible areas or to unleash a monster’s attack against an opponent to score points. The Arena is full of tokens and objects to raise heroes’ characteristics and draft new items or ability. Each hero has access to a unique deck of cards and plays differently.

The last update featured a massive amount of news for the Kickstarter campaign, including the announcement of three expansions: Heroes, Monsters and one dedicated to Age of Ashes.

The Kickstarter campaign will feature exclusive stretch goals and an incredible price to get Pathfinder Arena. The day1 backers will also get a stunning young black dragon miniature for free to unleash its power in the Arena.

The first draft of the rulebook is already available to download, and we have also received the first prototypes of the printed miniatures. You will soon get an extensive look at them in our upcoming gameplay videos, but in the meantime, you can check them out here 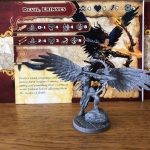 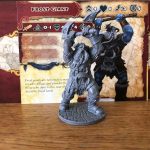 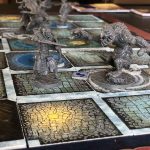 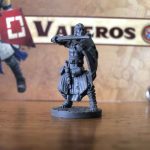 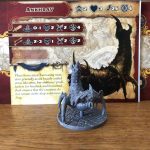 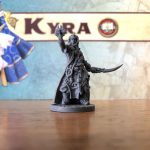 Be sure to subscribe to the official page on Kickstarter, to the official newsletter or the Facebook group to be notified of the launch in late November and get a young black dragon miniature for free!