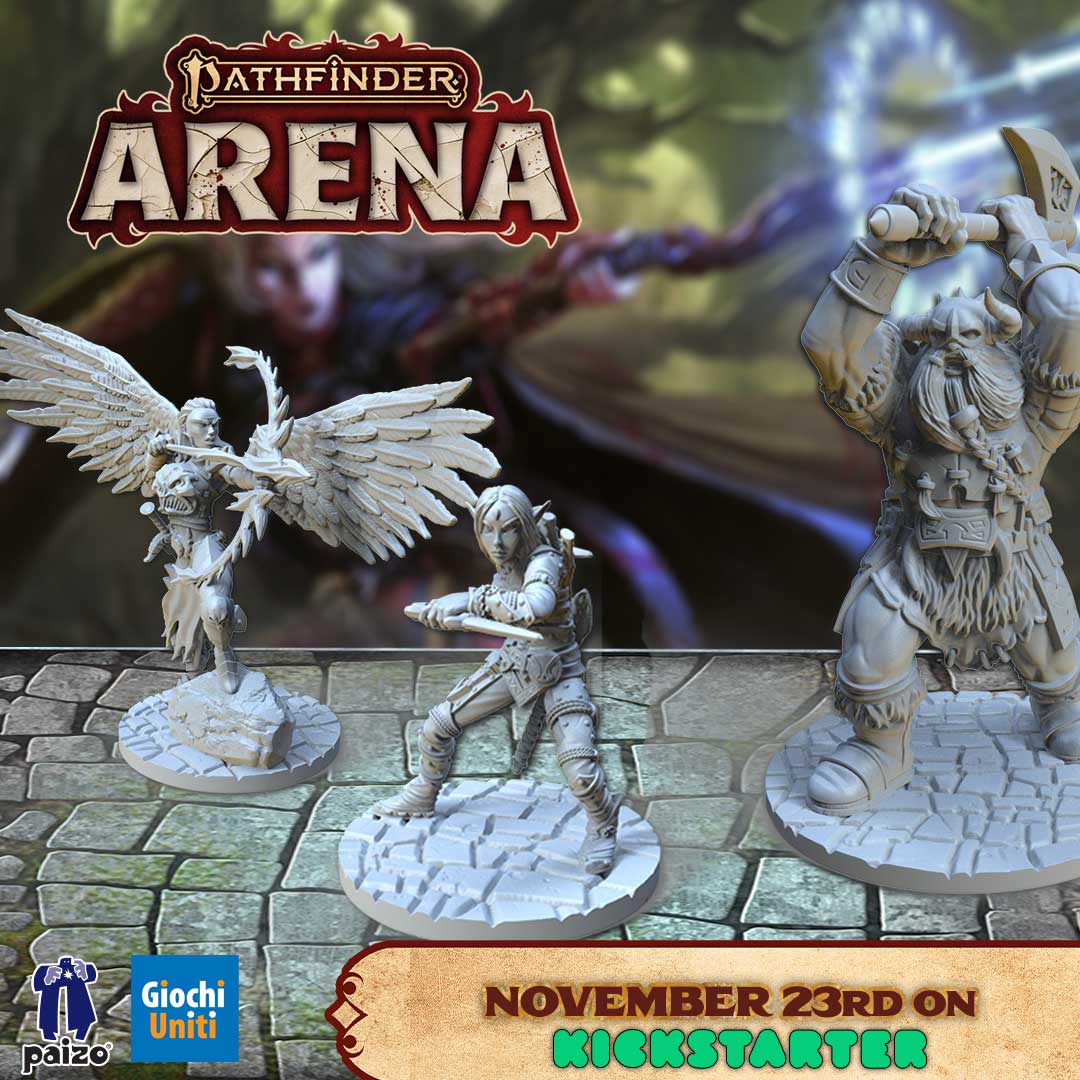 Pathfinder Arena is coming to Kickstarter on November 23rd at 10 AM EST time.

You will take the role of one of the iconic heroes of Pathfinder, trapped in a magical entity, calling itself “Arena”. Such entity poses a challenge to the party: select a champion to claim the right to escape from it.

Old friends become opponents and you are suddenly forced to compete against them! Dreadful monsters are summoned in an increasingly harder challenge. Claim glory points by defeating monsters or by unleashing their wrath on your opponents. The Arena can be constantly modified by players by pushing and rotating tiles to reach unexplored areas or trigger a monster’s attack against other heroes. Each hero has asymmetric abilities and a tailor-made deck to draft items and abilities from.

Heroes level up during the game by picking up tokens in the Arena to enhance their abilities and access to their deck. The cards’ drafting and the choice of which ability prioritize develop different strategies in the Arena and make each hero unique.

Pathfinder Arena will feature 18 high-detailed miniatures in the core set alone. The miniatures will be compatible with the main Pathfinder line. The Kickstarter campaign will also feature three expansions (heroes, monsters and one dedicated to Age of Ashes) and exclusive Kickstarter stretch goals.

A young black dragon miniature will be free for day one backers, don’t miss that chance and click now “Notify me on launch”