Letters from Whitechapel: hide and seek in boardgame07 Aprile 2022 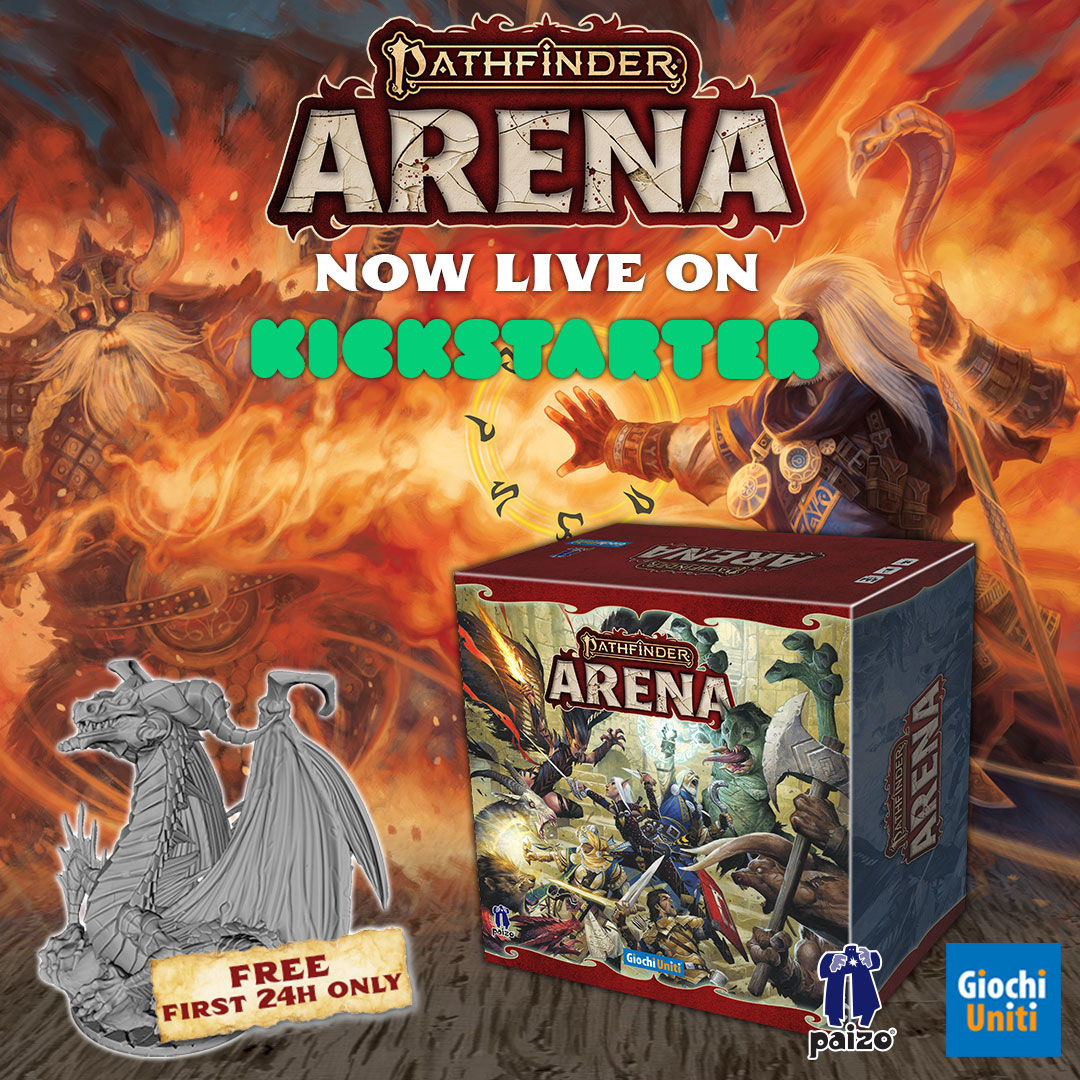 Join the early supporters and get the miniature of a Young Black Dragon for free! This early bird offer lasts only for 24 hours. The campaign will end on December 13th. The estimated date of shipping is November 2022.

The campaign will feature a new expansion: Trap Tiles. Trap tiles substitute some of the Arena tiles and introduce a new way to score points. Will you be able to prove yourself worthy of their test or will you fail?

Pathfinder Arena will feature 18 high-detailed miniatures in the core set alone. The miniatures will be compatible with the main Pathfinder line. The Kickstarter campaign will also feature four expansions (heroes, monsters, one dedicated to Age of Ashes, Trap tiles) and exclusive Kickstarter stretch goals, only available during the campaign.

Join now on the journey and make Pathfinder Arena real! Back us now here