PATHFINDER ARENA PLEDGE MANAGER IS OFFICIALLY UP AND RUNNING

PATHFINDER ARENA PLEDGE MANAGER IS OFFICIALLY UP AND RUNNING 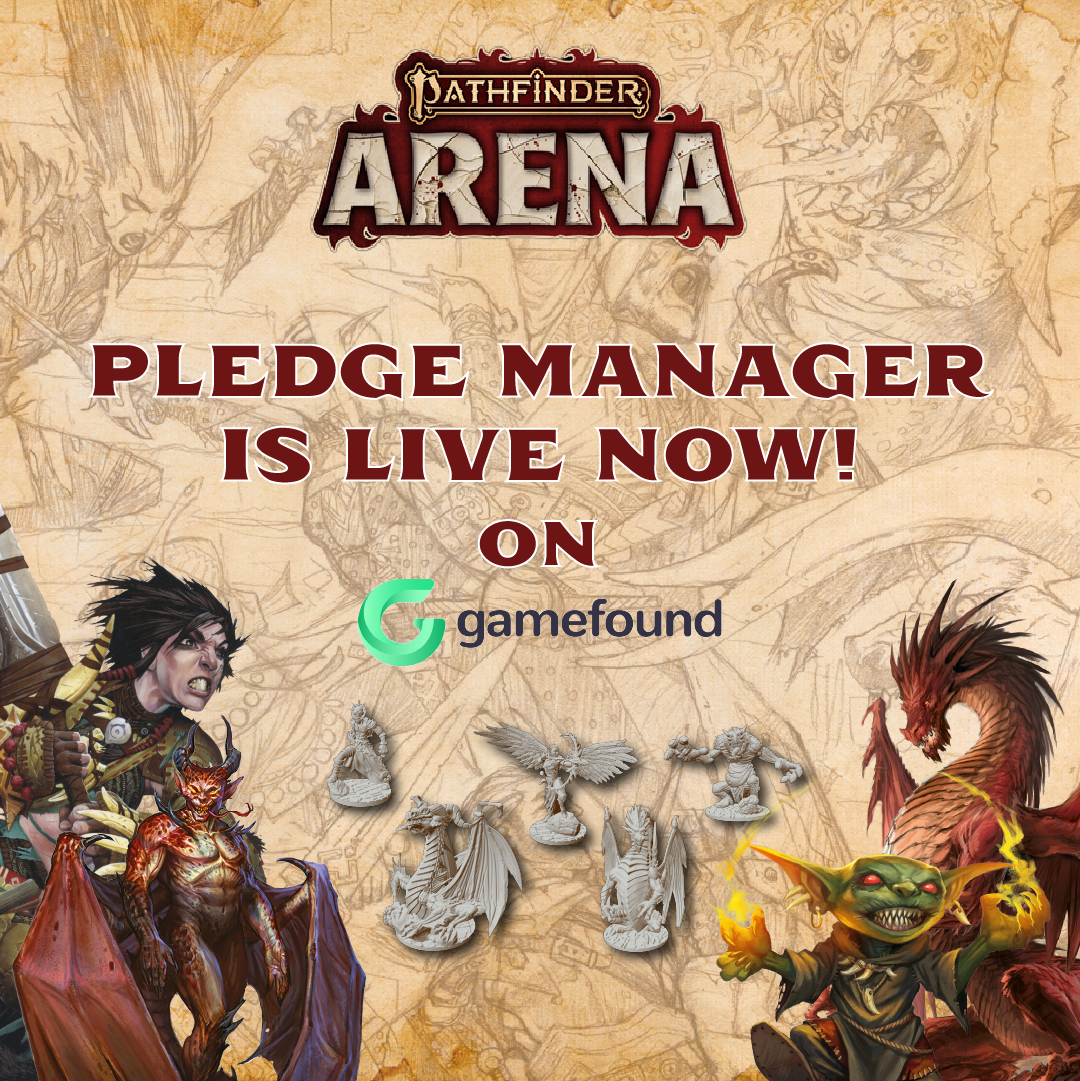 Pathfinder Arena is finally ready to bring you endless hours of fun and epic, no-holds-barred challenges.

From now until August 10, all Pathfinder Arena backers will be able to take advantage of the Pathfinder Arena Pledge Manager, which will be fully managed on Gamefound https://gamefound.com/projects/giochi-uniti/pathfinder-arena .

All those who have already supported us during the Kickstarter campaign can log in if they have an existing Gamefound account or create a new one. After logging in, you will see your funding converted back into spendable credits on the Pledge Manager page to redeem your pledge again.

In addition, you will be able to increase your pledge by adding add-ons such as the new expansion The Final Challenge by paying the difference via PayPal directly to Gamefound.

IMPORTANT: You must log in or create a new account necessarily with the same email you already used for donations during the Kickstarter campaign.

Thanks to the Late Pledge, even new backers who did not participate in the Kickstarter campaign will have the opportunity to choose the pledge they most prefer, add-ons, and jump headlong into the Arena.

New backers, on the other hand, will get no credit.

So, if you want to grab the loot, you will simply have to add the pledges and add-ons you most prefer to your cart and pay for them via PayPal.

In addition, entering the shipping information will automatically calculate the cost of the shipments for you, to be paid again via PayPal directly to Gamefound.

New backers will therefore have the last chance to be able to purchase Pathfinder Arena at a one-time price!

But keep an eye on the schedule!

The Pledge Manager will only be available until August 10.

What are you waiting for?

The Arena is calling you!