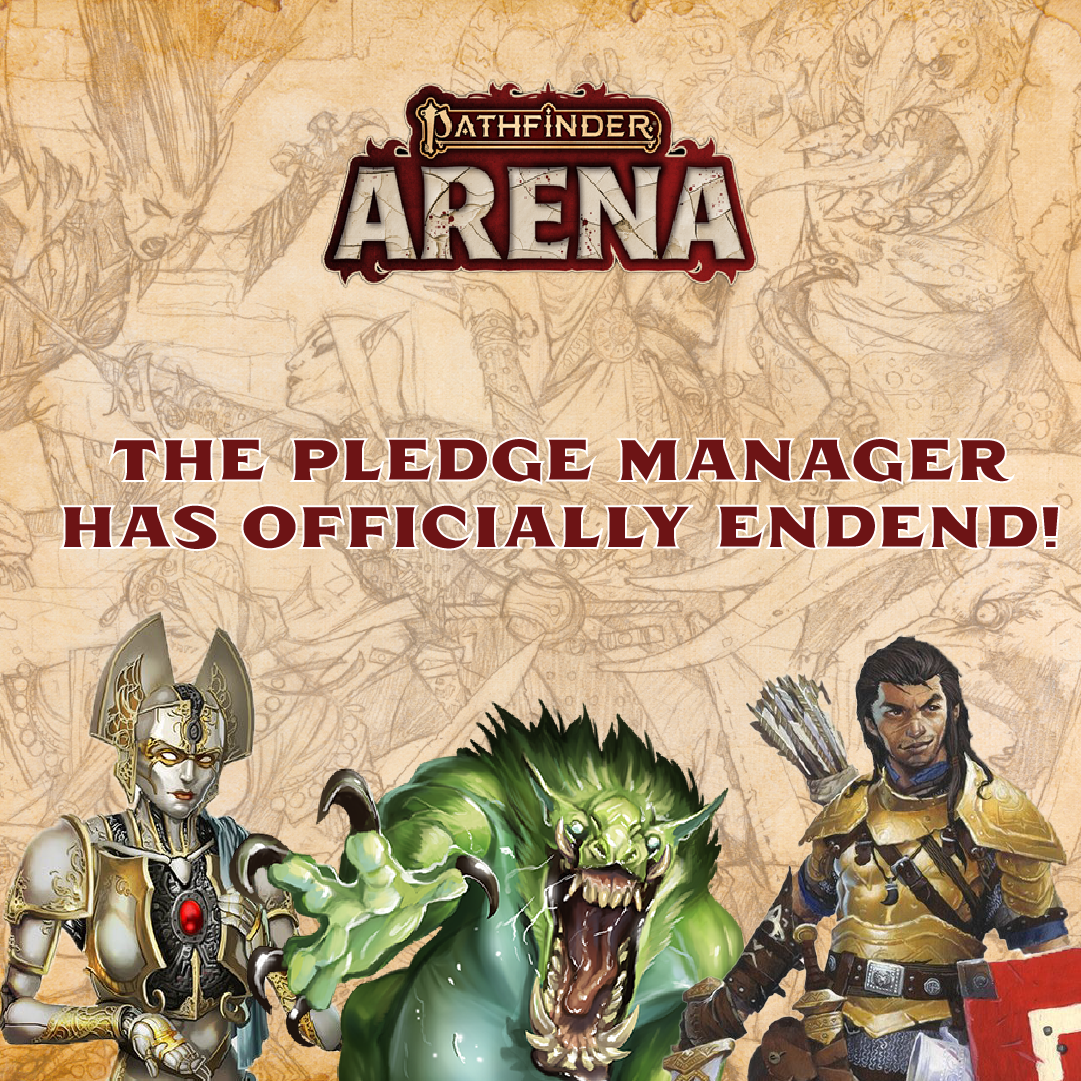 We want to thank you from the bottom of our hearts for making this great dream finally possible and achievable.

There were so many of you who redeemed their pledge and enlarged their loot with new add-ons. We can’t wait until you have the game in your hands and to see you finally give battle for the Arena.

Thank you for all the feedback you have given us over the course of these months and especially during the two weeks of Pledge Manager.

We are constantly trying to improve our services to give you the best possible gaming experience, right from the time of purchase.

We want everyone to be able to get their hands on Pathfinder Arena, even the latecomers who have previously backed a pledge on Kickstarter but did not make it in time to redeem it on Gamefound.

Therefore – as announced in some replies to some backers – we have decided to open a second date for the Pledge Manager.

It will still be on Gamefound, with the same costs and pledges available.

For all backers who have asked for a refund, we specify that your individual requests have been taken cute but will be processed in the coming months, following the closing of the Pledge Manager.

A detailed update on the production stages and timing of Pathfinder Arena’s arrival will follow at the end of this month.