Photophantom – The Young Detective and the Shy Ghost 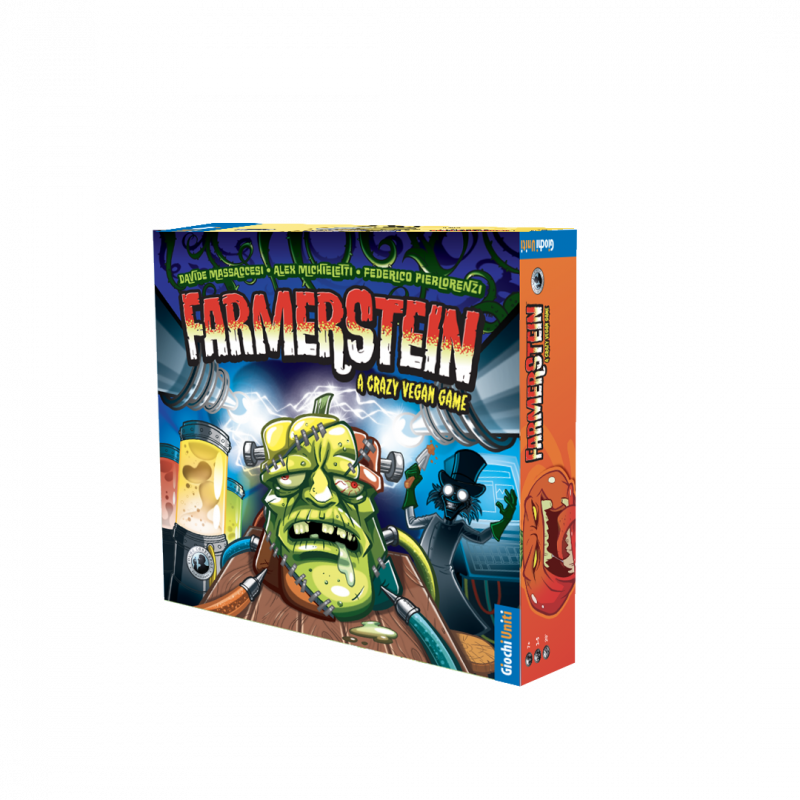 Prepare yourself to conquer the world at the head of an army of awful vegetables!

Combine plant cards with mutagens to recruit your soldier to hamper your opponents’ plans and conquer the world! Mind the zombie zucchini though!

They are out of control and will damage anyone who draws them!

Farmerstein is a ruthless card game in which you take the role of a mad farmer who wants to conquer the world through GMO plants. The goal of the game is to be the first to conquer three continents, meeting the requirements of the goal cards.

Each turn players draw five cards and can play a plant card of the same color as a mutagen token available in the pool. Plant cards have a range of effects that influence the game and opponents’ cards.

Once every player has completed the turn, all the cards played go into players’ deck. Players can conquer a continent if they meet the amount and color of cards required by one or more of their own goal cards.

Each time a player draws a zombie zucchini (even during the set-up), a zombie invasion appears. A mutagen matching the zombie zucchini card’s color must be removed from the pool and the player who drew the zucchini loses his/her goal card.

At the end of each round, players discard the remaining cards and all the mutagens return to the pool. 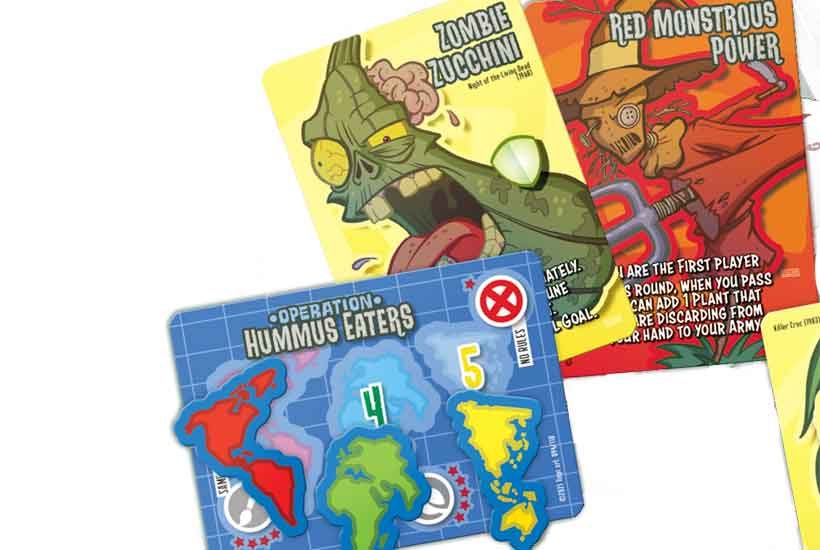