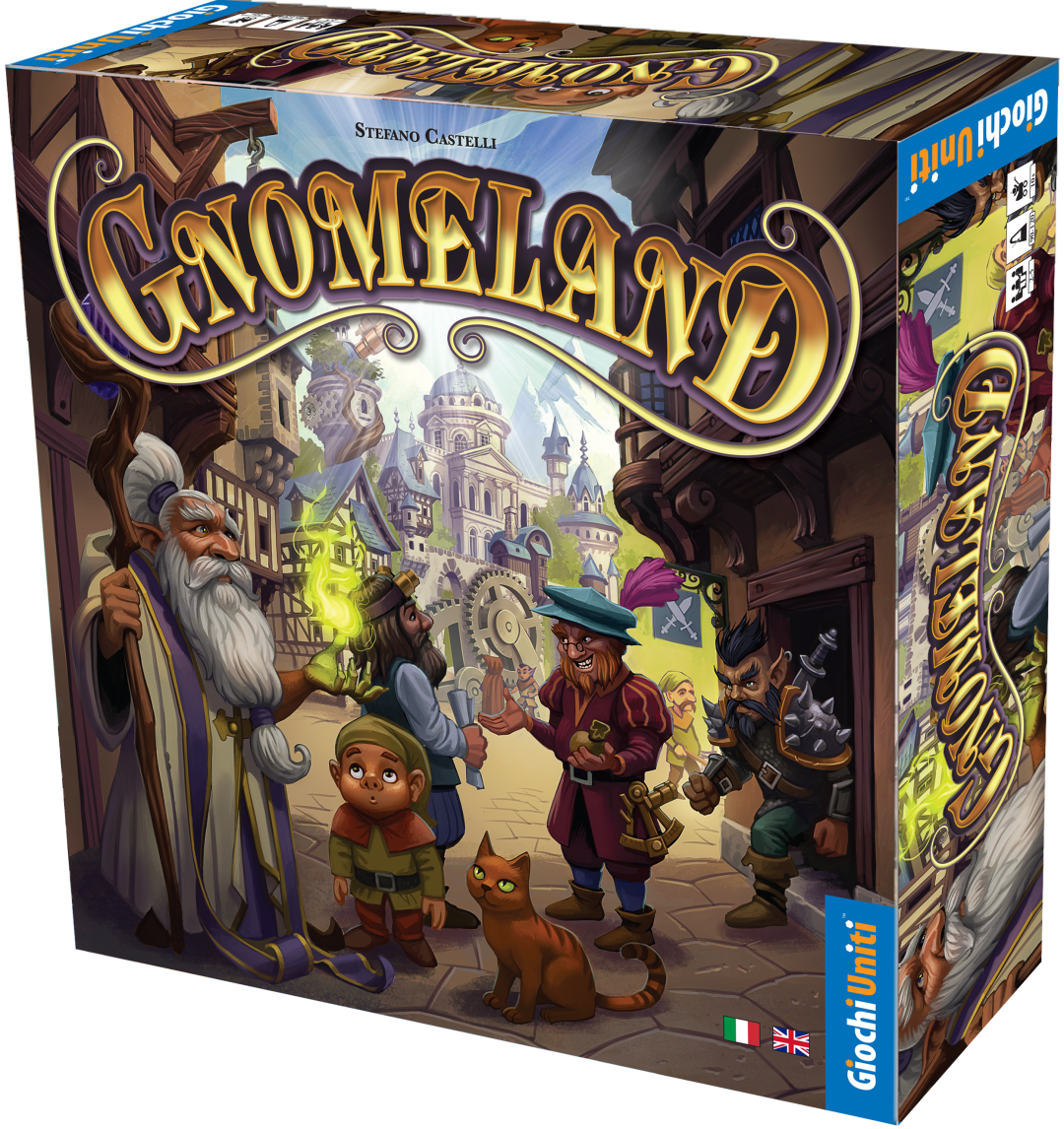 The clans of Gnomeland compete to achieve wealth and glory. Nevertheless, Gnomes are messy and unpredictable folk. A good gnome leader should manage the clan and improve the village, in order to prevail over the opponents and become the most important citizen of Gnomeland.

Each turn players can match dice results with the buildings of their villages. By doing this, players can collect resources, that can be spent in order to hire mercenaries, build new buildings and complete missions. After five game’s rounds, the player with the highest number of victory points wins the game.

Gnomeland is a Euro game made for both beginners and expert players. Bring your Gnomes to the victory! However Gnomes are tricky creatures and you will need a sound strategy to prevail!

Players roll dice each turn to determinate which part of their village will produce resources. They will use resources to hire soldiers, build new buildings and accomplish missions! At the end of the fifth round, the player with more victory points will be the winner!

Gnomeland will be soon available in the English Market