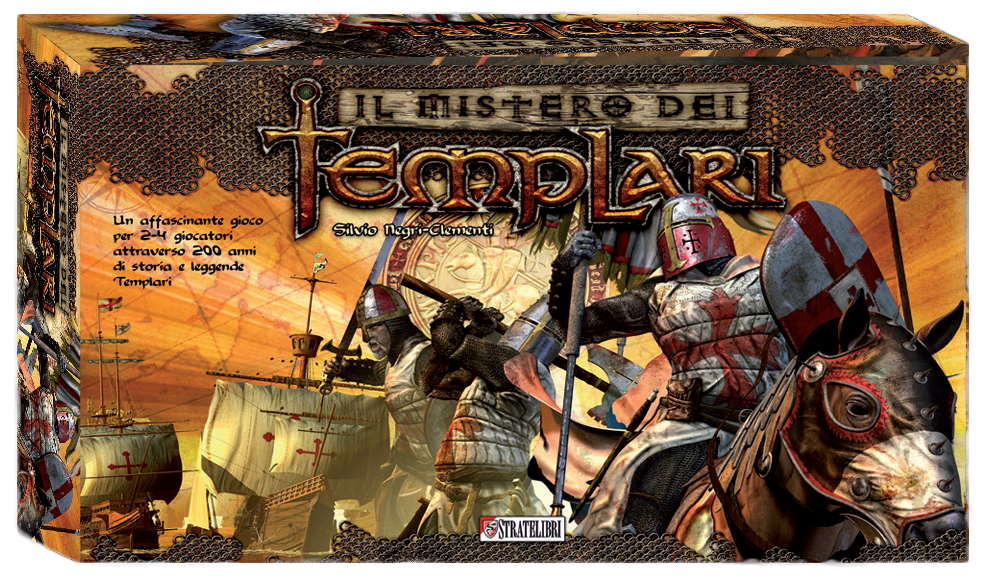 The Poor Fellow-Soldiers of Christ and of the Temple of Solomon, commonly known as the Knights Templar or simply as Templars, were among the most famous of the Western Christian military orders. The organization existed for approximately three centuries in the Middle Ages. Under pressure from King Philip, Pope Clement V disbanded the Order in 1312.

The abrupt disappearance of a major part of the European infrastructure gave rise to speculation and legends, which have kept the “Templar” name alive into the modern day.

Templars is a historical strategic game where every player has one of the Templar powerful faction to obtain Soldiers, Treasures and Relics. Starting from Jerusalem and travelling all around the Europe, the player will obtain the control of the Commanderies to take their treasures safe and obtain more power in Jerusalem too.

But be careful! Friday 13rd will be the end for the order and only the players will reach the secrets refuges around the world with all their treasures may win the game.

Il Mistero dei Templari is published in ENGLISH by Giochi Uniti/Stratelibri. You can order your ENGLISH copy sending an email to info@giochiunitiinternational.com

Il Mistero dei Templari is published in ITALIAN by Giochi Uniti. You can order your ITALIAN copy by this link.

This website uses cookies to improve your experience while you navigate through the website. Out of these, the cookies that are categorized as necessary are stored on your browser as they are essential for the working of basic functionalities of the website. We also use third-party cookies that help us analyze and understand how you use this website. These cookies will be stored in your browser only with your consent. You also have the option to opt-out of these cookies. But opting out of some of these cookies may affect your browsing experience.
Necessary Sempre abilitato

Any cookies that may not be particularly necessary for the website to function and is used specifically to collect user personal data via analytics, ads, other embedded contents are termed as non-necessary cookies. It is mandatory to procure user consent prior to running these cookies on your website.