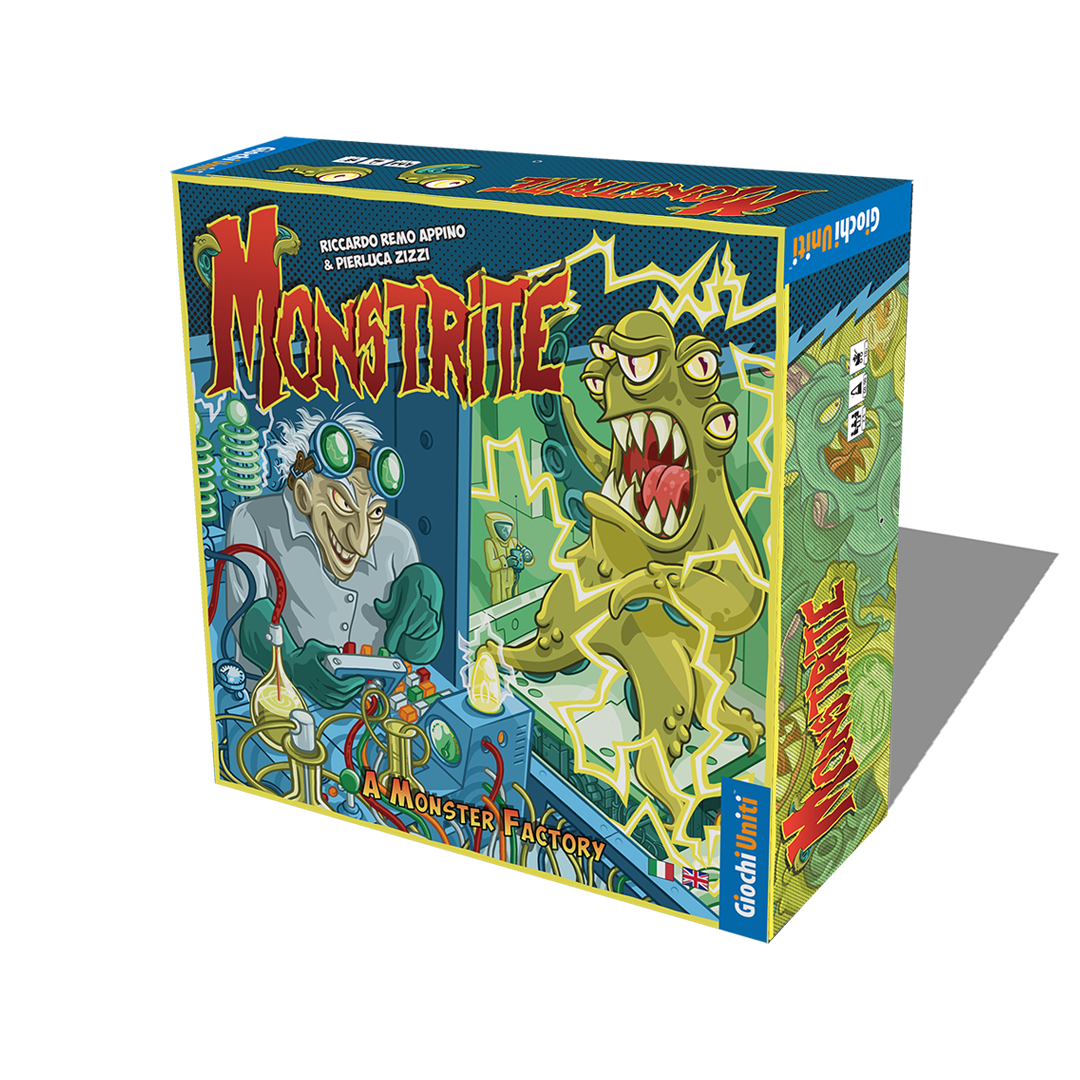 Build your own monsters in Monstrite! The game is divided into two phases: in the first one players pile Monstrite’s coins up and they use them to build their Monsters’ factory. Moreover, in this phase players gain victory points by selling monsters to different business areas.

But in the second phase of Monstrite your true plans are revealed! Players will use their own monsters to fight each other to rule the world, gaining points by knocking down opponents!

They are strong, nimble, smart, nice and untiring. The Monsters are a great technological discovery and the best item on the market. Just a few days after their release, they are already used in a lot of different areas: from the industrial production to the show business.

However, all of you, scientists of the Monster Factory, have a terrible purpose: you want to use the Monsters you created in order to conquest the world. It will be enough to wait until people will get used to them and then call them back to spread the panic! It would be useful to send them to the Arena, in order to learn some special tricks to use it in the final battle.

TONIGHT WE CONQUER THE WORLD 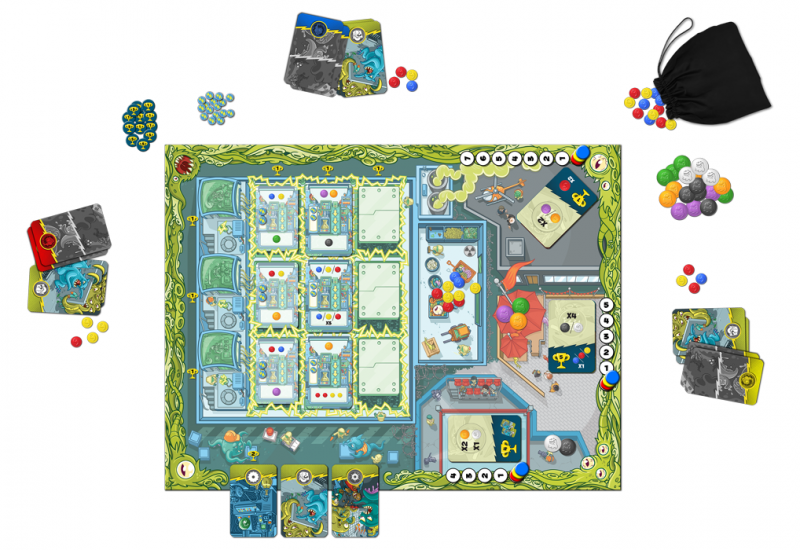