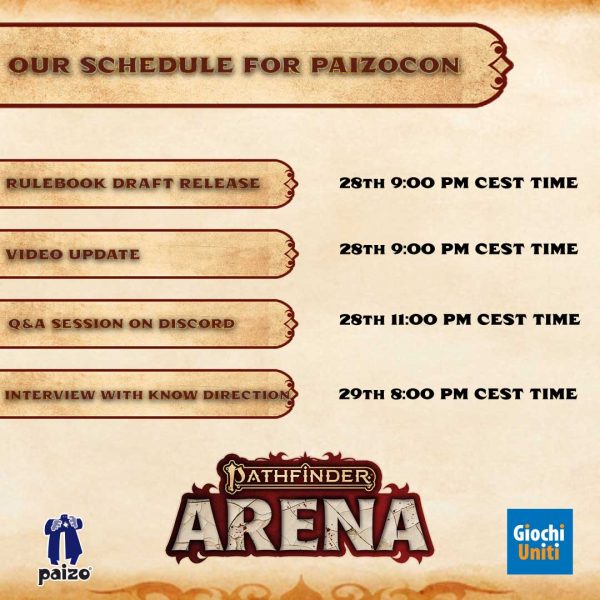 PaizoCon is a unique event for the Pathfinder community. We therefore want to share a massive and exciting update on the first board game set in the Pathfinder roleplaying game’s fantasy fiction Age of Lost Omens setting: Pathfinder Arena.

The weekend will feature lots of news on the upcoming crowdfunding project, starting from the 28th at 12:00 PM PT with the release of the first draft of the rulebook. It will soon follow a full video update on the entire project that will reveal the estimated period of the crowdfunding and lots of news on the three expansions planned so far. You can download the rulebook and watch the full update on the official page.

The same night we are going to host a Q&A session on discord, on stage 5 of the PaizoConDiscord
Join us to clarify all your doubts about the project.

On the 29th of May we are going to get interviewed by Know Direction on Paizo’s Twitch channel.

Subscribe to our official page or join our Facebook group to keep up with the updates on this project!